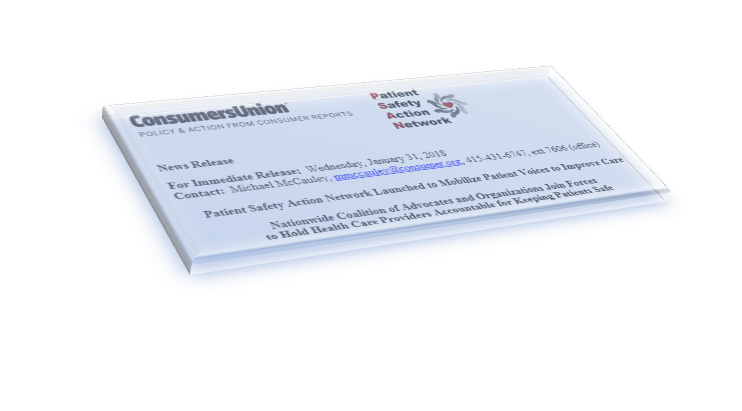 Back in October, I went to Yonkers, NY, the headquarters of Consumer Reports, to join a group of patient safety advocates nationwide in founding a new, nationwide network dedicated to advancing patient safety. On January 31, that idea became reality: the Patient Safety Action Network. This new group is powered by the Consumer Reports “advocacy division,” Consumers Union. We’re currently working on putting together resources for people to use to avoid becoming one of the absurdly high numbers of patients unnecessarily harmed by systems failures in health care. And we also have resources for people who have already been harmed. Go check it out!