Some kids have very little luck, and I recently met the moms of three such kids.  All three kids have “trach” (tracheostomy) tubes, and all three kids were sensitive to cow’s milk.  For that reason, shortly after birth, all three kids went on Nutricia’s “Neocate” formula as their primary source of nutrition.

The results were disastrous. Broken bone after broken bone.  Eventually, each kid was diagnosed with hypophosphatemia: an absence of the phosphate needed for strong bones. Another name for this problem is Rickets. Either way, it means extremely weak bones.  And it meant years of misery for each of these families. One child, aged three, suffered 30 broken bones. The damage is permanent.

In 2017, the journal Bone published an article signed off by 21 authors from places like Yale and the Mayo Clinic and Walter Reed.  Their conclusion is simple: 51 kids had otherwise unexplained “hypophosphatemia.” Most had complex illnesses and had been fed *solely* with Neocate. 94% of these kids had rickets. That means, as shown below, their bones were too weak to avoid breaking. Taking kids *off* Neocate strengthened their bones, though often permanent damage had already been done. The picture below is a before-and-after: on the left is a kid being fed by Neocate, and on the right is the same kid after he was taken off the Neocate.  The results are striking: the bones on the right look so much stronger.  The 21 authors all decided to “strongly recommend” careful monitoring for kids on Neocate. 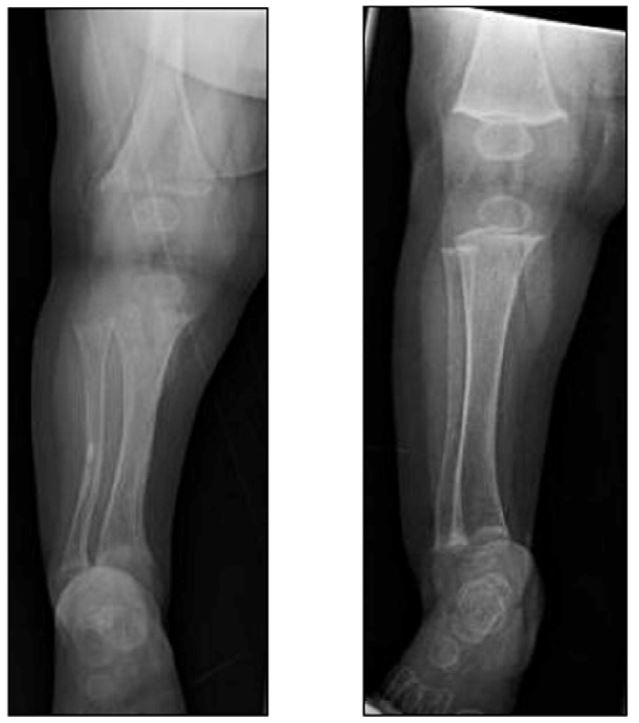 There’s an easy fix: if your kid uses Neocate as his or her primary source of nutrition, make your doctor reads the study linked above.  There is no reason for your family to go through what the families that called me went through.