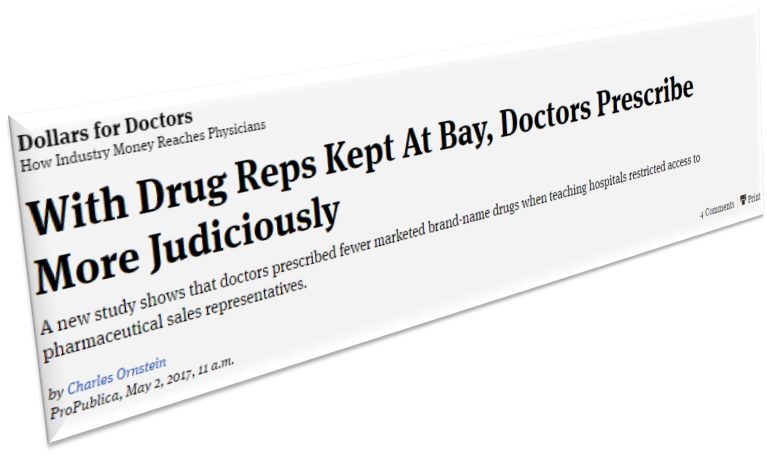 One of the great myths of medicine is that our physicians are uniquely resistant to attempts by drug and device sales reps to influence the doctors’ judgments on what treatments should be ordered. Doctors are, we are told, independent, objective, and looking out only for us. They see through the sales pitches and focus on the science, for our benefit.

A great story co-published by Pro-Publica and NPR Shots on a new study takes that myth apart.  The study in question concerns the effects that drug reps have on the prescribing behavior. In short, the more access the reps have to the doctors at a hospital, the more the doctors prescribe those reps’ name-brand drugs as opposed to generic drugs. As NPR puts it: “When teaching hospitals put pharmaceutical sales representatives on a shorter leash, their doctors tended to order fewer promoted brand-name drugs and used more generic versions instead[.]” 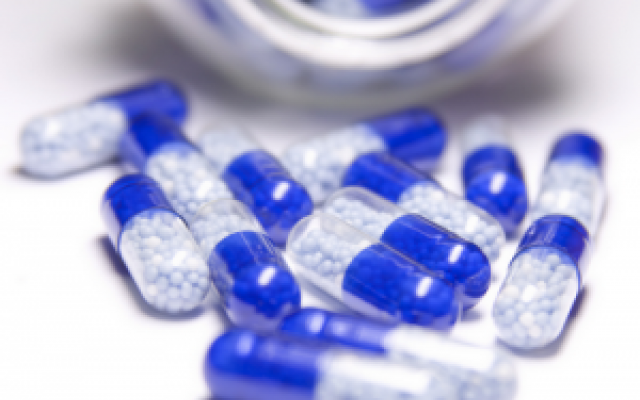 This really shouldn’t be a surprise.  Doctors are humans, subject to the same cognitive biases, incentives, and influences as the rest of us. The device and drug companies know this, which is why they send their reps out in droves to try to create relationships with the doctors. But even so, many of the doctors don’t believe they have the same weaknesses as the rest of us.

The article particularly reminds me of an exchange from one of our medical device trials against the maker of the “da Vinci” robot, Intuitive Surgical. Part of our case was that our deceased client’s surgery should not have gone forward given the inexperience of the surgeon, but that an Intuitive sales rep had encouraged the surgeon to think he was qualified to handle the surgery.  We showed that Intuitive actually had quotas for each of the surgeons at the hospital: i.e., the sales reps were expected to make sure the surgeons did a certain number of “da Vinci” surgeries each quarter, and the reps’ pay was directly dependent on meeting that quota. At the trial, Intuitive hired a doctor to testify that reps could not have such influence over doctors.  My partner Rick Friedman cross-examined him, pointing out that Intuitive actually had a quota for that doctor.  Here is the exchange: 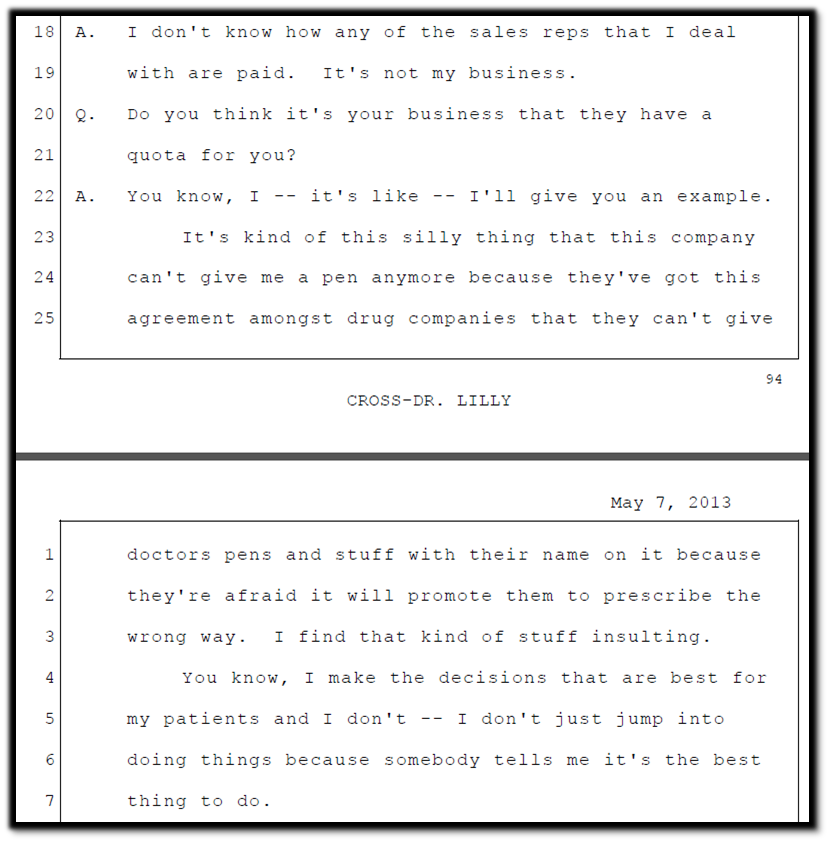 The doctor believed restrictions on company access were “silly” and “insulting,” because “I make the decisions that are best for my patients.”  But if that were true, the JAMA study would have come out a different way. And if that were true, it’s very unlikely that drug and device companies would spent $7.33 Billion on goodies for doctors in 2015 alone.  The companies spend the money because it works, and that means patients are not receiving truly independent advice from their doctors.

If you’re curious about what drug and device companies are whispering in your doctor’s ear, it’s a great idea to go on the Open Payments website.  I don’t let any doctor do anything to me or my family until I’ve looked them up on that website.