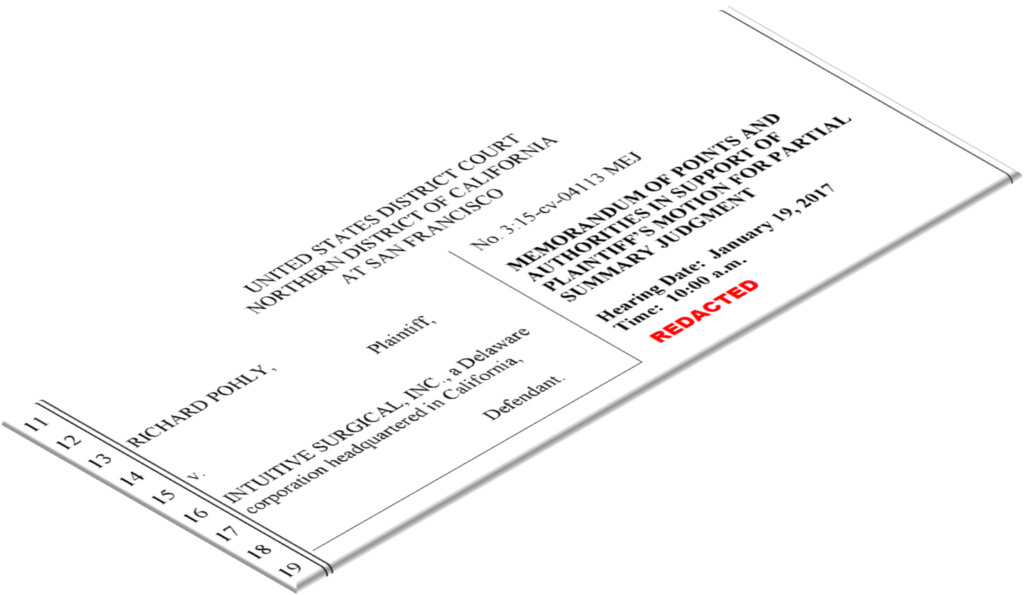 Our firm has brought several cases against the maker of the da Vinci robot: Intuitive Surgical, Inc. The cases I have been most intimately involved in over the past two years are cases involving Intuitive’s recall of its electrified scissors due to “microcracks.”  The microcracks matter because they are found in the electrical insulation of the scissors, meaning electricity can come out of  the wrong part of the instrument during surgery without the doctor’s knowledge.  The result is that people go home from surgery with internal injuries that their doctors don’t know about, those injuries fester, and people get deadly infections with lifelong consequences.

Through the process of discovery, I have had the chance to see all of the internal warning signs that Intuitive ignored from 2009-2013, before it ultimately decided to recall its defective scissors. But until now, due to Intuitive’s legal maneuvers, I haven’t been able to share what I know even with other attorneys representing injured patients, let alone the injured patients themselves or the general public.  But that changed recently, when the judge in our case officially declassified most of one court document that sets out the most crucial facts related to what Intuitive knew and when.  And so now you can see those documents as well:  2017-03-13 066 Redacted Pl MPSJ Memorandum

If you have questions about these issues, please feel free to email me at safepatientadvocate@friedmanrubin.com